VetHelpDirect was created to support both veterinary professionals and pet owners.

Far from being just a directory, or review platform, we combine expert knowledge with the very latest technology. From our Blog to the Pet Symptom Checker, to our Digital Practice (Messaging and Payments Platform) for vets  improving animal welfare through information is our goal.

Founded in 2006, VetHelpDirect has continued to evolve. Today, we still connect pet owners with local vets, as well as providing self-serve features like our interactive Pet Poisons Guide and Pet Health Library. But we remain true to the founding principle; helping you make the best decisions for your furry, scaly or feathered companions.

Our content is written by veterinary professionals. So when you have a question, you know you can trust the answer.

Then, of course, there are the reviews.

You can rate and review your local practice, or search for a new vet near you. We want everyone to be able to access impartial insights into the care, friendliness and cost of a practice. Our reviews are from verified customers, so you know you can trust them.

We are always growing our supported vet practices. If you’d like to be featured, or know a vet who should, please let us know.

The Vets at Vet Help Direct 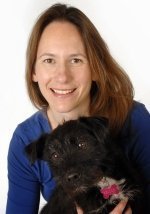 After working as a vet for several years Susie was struck by how difficult it can be for pet owners to decide how urgently they need to call a vet, especially in the middle of the night, when their pet is showing signs of being unwell. Given a pet can’t tell you what’s wrong sometimes it can be difficult to work out how serious their symptoms are. Susie wanted to provide a professional resource for concerned pet owners that would help them to decide whether their pet needed veterinary attention, and would provide them with vital first aid advice that was customised for their pet’s situation. Susie is a small animal vet, with a particular interest in small animal medicine. She works in a practice near Fareham and has a very lively terrier called Freddie. You can click here to follow Susie on Twitter 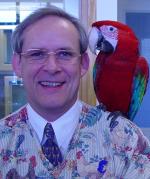 Neil Forbes Neil Forbes graduated from the Royal Veterinary College in 1983, after a short period in Herriot country he settled in the SW.   Neil became an RCVS Recognised Specialist in Zoo and Wildlife Medicine (avian) in 1992.  He gained his FRCVS in 1996 and became a European College Diplomate and Specialist in 1997.  He is currently President of the European College of Avian Medicine and Surgery.  Neil is head of the exotic animal department at Great Western Referrals, where he treats first and second opinion cases.  The case load at the practice includes rabbits, ferrets, other small furries, raptors, parrots, waterfowl, exotic zoo species, back yard poultry, reptiles – in fact anything apart from cats, dogs, horses and farm stock. 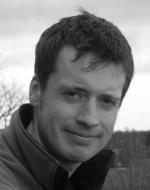 Richard grew up in James Herriot country in North Yorkshire, graduating from Cambridge University in 2001. He initially worked in Morocco and his native North Yorkshire before completing an internship in equine medicine and surgery in Belgium. He then spent a short time working in first line equine practice in Kent before moving to the University of Liverpool, where he completed a residency in gastroenterology and soft tissue surgery in 2006. Since then he has worked as surgeon in York and Shrewsbury before a stint as assistant professor of equine surgery at Justus Liebig University, Giessen, Germany. He started working at Cotts Farm Equine Clinic, an ambulatory and referral practice in West Wales, in March 2008. There he now accounts for the majority of the surgical caseload of the practice. He passed his European Diploma in Equine Surgery in July 2008, gaining European specialist status in the process. He is currently enrolled for the RCVS diploma in equine soft tissue surgery. He is interested in all aspects of equine surgery, in particular minimally invasive surgery, gastroenterology and the management of wounds. In his spare time he enjoys cycling and mountain walking.

Nich comes from a farming background in Norfolk. After qualifying in 1992 he worked in a large mixed practice in Kent where he developed his interest in herd and flock health and production. In 1995 he moved to Charter Veterinary Hospital Group, a large mixed practice in North Devon where he continued to develop his interests in mastitis, lameness, nutrition and in particular cattle reproduction. Nich became a partner in 2003 where he co leads the farm animals side of the practice. In 2004 he obtained the Diploma in Bovine Reproduction. He is optimistic that farming has a future and believes in the important role of the veterinary surgeon as part of the farming team to improve animal health, welfare and business development regardless how big or small. Nich is married with two daughters and is a keen squash player.

Qualified from Bristol 1994 and worked in equine practice for 4 years before undertaking a PhD in equine allergic airway disease at The Royal Veterinary College. Carried on working in this field as a post doc before taking up a lectureship in pharmacology at King’s College, London. Started working at The Donkey Sanctuary in 2007. Main interest has always been lower airway inflammatory disease and the pharmacology of inflammation. Since working at The Donkey Sanctuary a new area of interest is pain recognition and its management in donkeys. 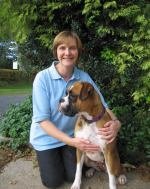 Jenny qualified from Edinburgh University and spent the first four years working full-time as a small animal vet in Somerset, gaining general experience in a large first opinion practice. She then moved to East Devon and has worked part-time there ever since, whilst also running a boarding kennels and cattery with her husband, and bringing up their three children. During this time, Jenny took part in a trip to Cyprus to help neuter large numbers of stray cats and improve their welfare, work which has continued since with the help of other volunteers. Jenny currently works as a part-time locum vet in a number of practices in Devon. The family has two boxers and three cats.

Originally from Dartmoor in Devon, David graduated from Bristol Vet School in 2005. He has spent several years in equine, farm and small animal practice, developing a particular interest in pharmacology and anaesthetics. Following an injury in 2009, he moved out of large animal practice and after several years in small animal practice and industry, currently splits his time between lecturing on Veterinary Nursing and Animal Health degree and vocational courses at Cornwall College, and working with the VetHelpDirect team as our Head of Veterinary Content. He lives on a West Devon smallholding, and enjoys walking and studying archaeology.

Giving medication to pets: a necessary but challenging task

I have a great deal of respect for owners who uncomplainingly carry out my treatment instructions. When the healthy animal returns for a final check up, I often feel that I should present the owner with a medal, a prize, and a "Congratulations" card for successful completion of the entire course of medication.