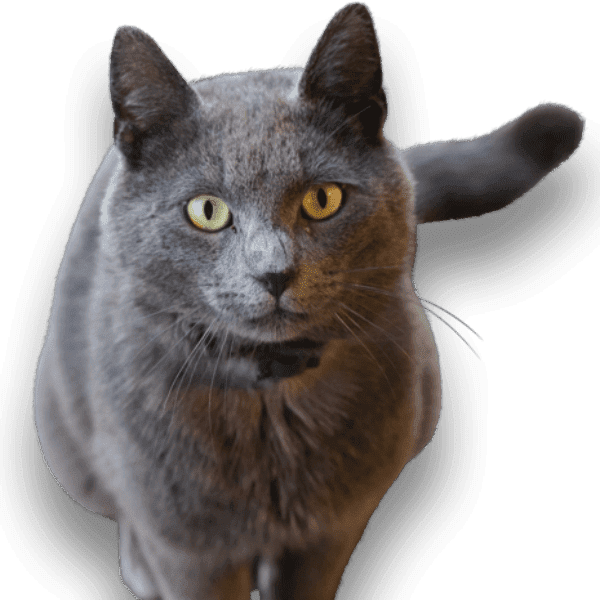 Cancer is one name for a group of diseases, all caused by the uncontrolled multiplication of cells. This occurs due to mutations (changes) in regions of DNA which are involved in the control of cell growth. Cancer specifically refers to uncontrolled growth of cells which have the potential to spread around the body, or invade normal healthy surrounding tissues. Benign tumours or growths which do not spread are considered non-cancerous.

Just like humans, animals can develop cancer. It is most likely to be seen in older cats, however some forms, such as lymphoma, are also seen in young cats. Affected cats are in general more likely to have a better outcome if signs are picked up early so that any possible treatment can be started in the early stages of disease.

In the majority of cases, there is no specific reason why a particular cat develops cancer, as the mutations which are the primary cause of cancer occur randomly. Feline Immunodeficiency Virus (FIV) and Feline Leukaemia Virus (FeLV) are two viral infections that can increase the risk of cancer developing. These viruses are spread primarily by biting and sexual contact, therefore indoor cats are at a much lower risk of contracting them. Female cats that are neutered have a lower risk of developing mammary tumours and also cannot develop tumours of the ovaries as these have been removed. Cats with a coat that is white or very light in colour are at increased risk of developing a type of skin tumour called a squamous cell carcinoma, which is linked to sun exposure, and most commonly develops on the ear tips (pinnae) and nose.

The signs are specific to the type of cancer and where it is located. Any organ of the body can be affected. Cancers of the skin will develop as masses or areas of ulceration of the skin and so may be obvious to the owner. Tumours within the chest may cause coughing or difficulty breathing. Those that develop within the eye may cause secondary problems in the eye such as glaucoma, a build up of pressure in the eye. Many cancers, though, only cause very non-specific signs, such as weight loss, lethargy and reduced appetite.

How do you know what’s going on?

The vet will take a history to find out what concerns the cat’s owner has and perform a clinical examination of the patient. In some cases, a tumour might be detected on examination, for example as a mass that can be felt inside the abdomen. Other tumours require further testing to diagnose. This may include blood tests to check organ function and blood cell counts - in leukaemia, for example, white blood cell counts will be very high. Some findings on a blood test may increase the level of suspicion that an animal has cancer, such as a high level of calcium in the blood which can be seen in certain cancers, such as lymphoma.

Some form of imaging may be required to detect primary tumours inside the body, and whether they have spread to other organs. This may include X-rays, ultrasound, CT or MRI scans, or a combination of these. The choice of what imaging modality is most appropriate depends on the part of the body being assessed - for example an MRI or a CT scan would be required to detect a brain tumour.

To definitively diagnose cancer, a sample may need to be taken from the tumour. There are several different methods for taking samples, depending on where the mass is located. The vet may take an aspirate of the tumour using a needle, or may recommend a surgical biopsy of a mass - either by removing a small piece of the mass or removing the mass in its entirety.

The treatment depends on the type of cancer. It may be that the mass can be removed surgically, and in some cases this can result in a cure. However in cases where the tumour has already spread, this may not be appropriate and some tumours cannot be removed due to their location or large size. In these cases, or when a tumour had recurred after surgery, other treatments may have to be considered. These include chemotherapy and radiotherapy. In general, we do not give chemotherapy treatment with the intention of curing the animal of cancer, as this is likely to cause severe side effects. The aim of treatment is to maintain the animal's quality of life for as long as possible. That is not to say that these treatments are without any risk and so your vet will discuss carefully with you what treatment might be most appropriate for your pet.

Unfortunately cancer is a progressive disease and ultimately when quality of life is significantly impacted, euthanasia may be the kindest option for the cat.

What can I do to protect my pet?

Unfortunately the majority of cancers are not preventable. As discussed, neutering can have a protective effect against some tumours. Vaccinating your cat against FeLV if they are an outdoor cat is also recommended. If you have a white-haired cat, putting a pet-safe suncream on the tips of their ears will also reduce the risk of skin cancers.