Author
Topic
arm9
Participant
September 28, 2022 at 08:14pm
Hello, this is my first time using this forum. I am going to include pictures below of the red band and some other pictures but they are graphic and wanted to include them at the bottom. I have a Great Dane/Mastiff puppy I adopted that is 6 months old. I have been dealing with this neon yellow/green discharge since I got him at 3 months old. When I adopted him he had just been neutered, so I was convinced he had this discharge due to that. But it has continued for months and doctors have said "I have never seen this." The discharge drips onto the floor all day. It is thin and cloudy. I thought it was pus but the doctors have been calling it discharge. My general vet said first it was normal smegma, next appointment I was given Amoxiclav because it was pink/brown and she noticed small raised red bumps. That same day she also flushed the area. At first I noticed improvement, but 3 days later he had stopped eating and drinking. I let this go on for 3 more days but on Labor day his p*nis was extremely swollen and I took him to emergency vet. The emergency vet said "I have never seen this before" and showed me a picture she took of the base of his prepuce. It was a very swollen red band and she thought it might be TVT. Cytology came back NORMAL, stating no infection nor cancer. I followed up with my vet who reviewed this report. She recommended me to a specialist and we did two flushes with a steroid topical until I got into the internal medicine doctor the following week. It was assumed to be inflammation at this point and after these flushes he had not dripped for a full week and two days. I have spent so much money at the vet at this point, and so much time sitting at the vet hoping for an answer or a cure. I drove far for this specialist who sat in the room with me for 2 minutes maybe less and said she would offer me an estimate. The estimate was $2,800+ to get bloodwork, ultrasound, and scope. I feel she didn't even listen to the issues and said she was more concerned about him not eating or drinking much. I told her my main focus was the prepuce issue and asked what tests would be essential to us figuring this out. She basically said she couldn't promise that she would find an answer to the cause of this. I left without having anything done to my puppy and I am feeling so sad he is being violated and having to go to the vet SO often! I feel so sad for him lol he is so good and sweet. Possibly related to his breed and being young, but he sleeps a ton and acts like he is struggling after a walk not even 500 feet. I need help please! I am so defeated. 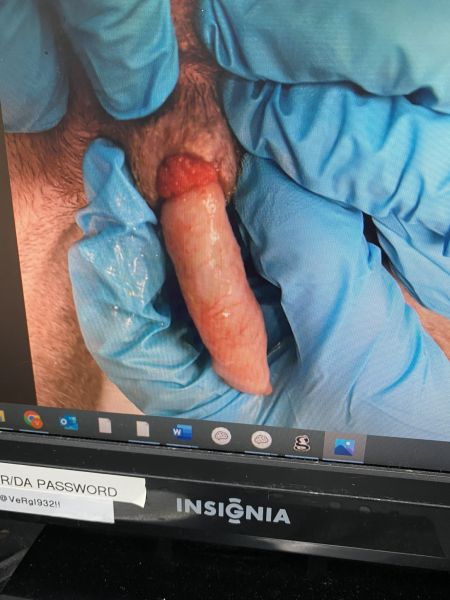 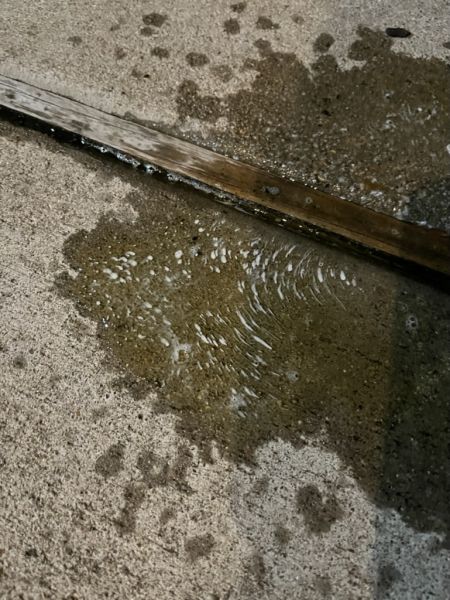 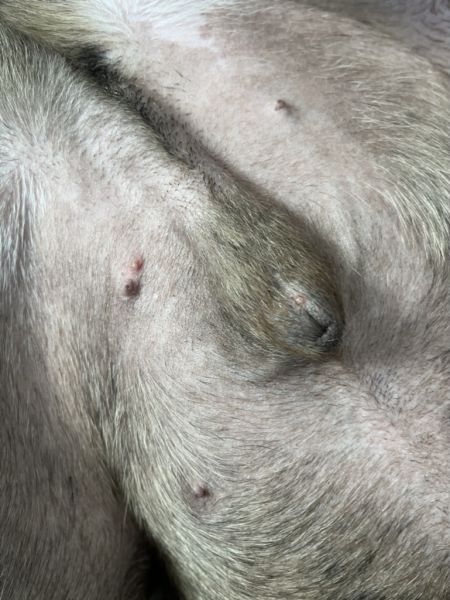 Report
Author
Replies
Liz Buchanan BVSc MRCVS
Moderator
September 29, 2022 at 11:41am
Hello and I am sorry to hear that everything feels so overwhelming at the moment.  This can be the case with unusual cases, while vets try to pinpoint the best way to help.  How was the lump biopsied?  Cytology is the study of cells so I wonder if individual cells were aspirated by a syringe.  This is a good method for many cases because it is non-invasive and low stress, but of course only a few cells are seen, which often doesn't give as much information as taking the whole lump away, or a chunk of it (we call taking a chunk a 'biopsy').  Unfortunately, removing the whole lump may be difficult in this case - because of its unfortunate position.   Obviously there is an extremely delicate tube very close to that lump, so I can see why your vet wants to fully understand the positions of the tube and the lesion before acting.  I also hear that your boy may be sore (perhaps that is what is stopping him from walking properly?) so it does sound as though this work is needed. Whatever happens in this complicated case, we are thinking of you - please do keep us informed.
Report
Author
Replies
Liz Buchanan BVSc MRCVS
Moderator
September 29, 2022 at 11:57am
PART TWO  Having reread that, I can hear the echoes of a common concern about blood tests.  Blood tests often seem to the outside like an extra few hundred quid for the vet, every time they perform an anaesthetic on a patient.  However, there is a potential disruption to urine flow in this case.  The concern may be that urine can back up behind the bladder and this can damage (temportarily or permanently) the ability of the kidneys to do their job.  It is always reassuring for a vet to know that a body is working optimally (or at least, what is not working optimally) before they do surgery and we frequently ask to test the blood in order to know this.  A good question for the vet includes, 'How many of these tests are essential?'  If money is an issue, then I would always advocate being direct with the vet about this, in order that they can help to save money in the areas least likely to affect the particular patient in front of them.
Report
Viewing 3 replies - 1 through 3 (of 3 total)
1

Log in or Register
You can either browse at your leisure or you can Log In to take part in forum discussions
Log In Register
Most Recent Threads
Separation anxiety in puppy mill rescue
December 7, 2022
Dog head tilting
December 7, 2022
Dogs ear injury, how can we help it heal?
December 7, 2022
Most Popular Threads
Persistent Cough/ Skin Lesion?
April 18, 2021
Atopic Dermatitis - options
May 17, 2021
Sick cushings dog
August 1, 2021
Log In
Register
Or
Connect with: