Home » All Posts » News and Comment » The Communications Revolution

In case you hadn’t noticed, we’re in the middle of a revolution in communications – and here at VetHelpDirect we want your help to study it! So if you can spare 5 or 10 minutes, we’d love you to take our survey!

Why are we asking now?

Well, the options we have for communicating with friends, families, businesses and service providers are changing incredibly fast, and we just don’t know how animal owners are using these new opportunities.

Just take a look at the timelines…

The first fully modern humans arose around about 150,000 years ago. They could communicate, like us, with spoken words (although we don’t know what languages they spoke).

Roughly 144,000 years later, we discovered formal written language – which crops up in Sumeria, China and Egypt about 3-4000BC.

Written letters (on clay tablets, papyrus, parchment or paper) remained the best way to communicate with someone living too far away to shout to up until the 19th century.

It wasn’t until 1844 that the first telegram was sent (a sort of wired text message!).

Then telephones were invented in 1876, quickly followed by radio in 1895.

Things seemed quite stable for the next century or so – but the invention of the internet (starting with DARPANET in the 1960s but really becoming widespread in the 1990s) has unleashed a host of new methods, that would seem like magic to our ancestors of only a few hundred years ago. Email was an early success, followed by Facebook, Twitter, and now Instagram, Snapchat, Pinterest, WhatsApp, and even more!

The biggest change these new methods have brought is the ease with which it allows 2-way communication – just like the oldest, face to face speech. A letter is a one-way message, so is a telegram, a radio or television broadcast. While you can of course reply, power is held by the person composing the message. This is no longer true – the reason we refer to Social Media, Twitter and all the others as “social media” is firstly because they actually encourage interaction.

The other reason, of course, is that they encourage sharing of information from person to person and group to group. While this is great for some things – keeping up with friends and family, for instance, or letting everyone know about good news (an exam passed, a baby on the way, a new house) – it has its limitations and risks. We all know about the problems of “oversharing”, but now it’s no longer just embarrassing – it could be risky if someone undesirable can find out more than you’d like about you.

These two factors, along with access to increasing amounts of free information on the open internet, is resulting in democratisation of information: instead of an expert pontificating and everyone else listening, everyone has a voice (and everyone uses it!). This can be excellent in some circumstances (it is, for example, much harder for a company to hide wrongdoing or a repressive regime to suppress dissent); however, it can also turn our social media into a battlefield, and ironically reduce people’s willingness to fully examine a new idea (be it political, medical or commercial) before buying in.

So how does this affect our pets and our vets?

Well, the simple answer is that we don’t know! There’s very little research on the topic, and every vet’s practice in the country seems to have a different approach to digital and social media engagement. Some avoid it like the plague, some embrace every new thing, but most are somewhere in the middle trying to find the right balance between new and traditional approaches.

That’s where you come in. VetHelpDirect is running a major survey at the moment about how animal owners and vets use social and digital media. Our goal is to collect as much data as we can, and then publish the results in a national veterinary journal so that vets across the country (and beyond) can communicate more effectively with you, and offer you a better service.

For every person who completes our survey, we’ll be donating 25p to help support abandoned and stray animals affected by the recent devastating hurricanes on the Caribbean Islands; you’ll also have the opportunity to be entered into our Prize Draw for £150 worth of Pets at Home vouchers. What we need to know is how you use digital and social media, and how you want your vet to use it.

To help us, please click through to our 2017 Communications Survey; it should take less than 10 minutes to complete. Please help us to help vets across the UK negotiate this information minefield! 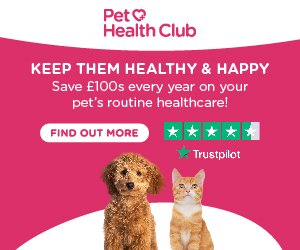