Ashley qualified from the University of Liverpool in 2018. After graduating she initially worked in mixed practice, followed by a stint in emergency practice alongside working as an intern in a wildlife hospital, before undertaking her current positions as an assistant vet for two large zoological collections and as the lead vet at a British wildlife hospital.

Ashley has also worked on conservation projects overseas with raptors and African painted dogs, and has a keen interest in all aspects of wildlife and conservation medicine, one health and animal welfare. She is currently working towards her certificate in advanced veterinary practice in zoological medicine.

Outside of work Ashley is a keen Formula 1 fan and also enjoys sea kayaking and travelling in her spare time. 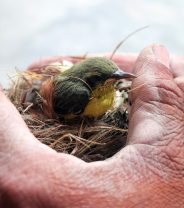 Wildlife
Should I feed a wild baby bird?
The sun is shining, the birds are singing, the trees are growing and all the signs are there that spring is here, which only means one thing - baby bird season has begun! Unlike pigeons who breed all year round, our nati…
April 13, 2022 • 70 shares 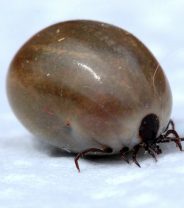 News and Comment
Tick bite prevention for pets - what you need to know
This week is tick bite prevention week in the UK, a week dedicated to highlighting the diseases that can be transmitted by ticks. Although much of this week focuses around human healthcare, it is important to point out t…
March 22, 2022 • 62 shares 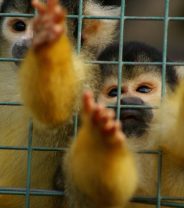 Animal Welfare
Do monkeys make good pets?
Monkeys, also known as non-human primates, are amazing animals. They are highly intellectual with unique social structures.In the past monkeys have been portrayed in film and media as pets, including in TV shows and with…
February 10, 2022 • 22 shares 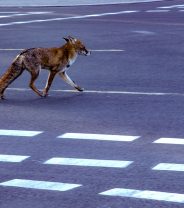 Wildlife
Do urban foxes get veterinary care?
Urban foxes are one of the most frequent wildlife visitors to our gardens and parks. It is not uncommon for them to get injured or ill however, be that through road traffic accidents, getting caught in fencing and traps,…
January 15, 2022 • 85 shares 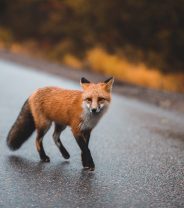 Wildlife
Should we feed urban foxes?
Urban foxes are one of the most abundant mammalian British wildlife species and a favourite to spot in gardens and public spaces around our homes. Feeding wildlife is common in the UK, with many households filling bird f…
December 15, 2021 • 495 shares 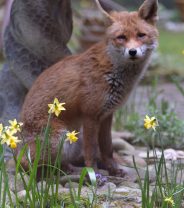 Wildlife
Why are there so many urban foxes?
The European red fox (Vulpes vulpes) is one of the most commonly seen wildlife species in the  UK. When found in urban areas, they are also known colloquially as the ‘urban fox’. What many do not realise, however, is tha…
December 1, 2021 • 40 shares
Next page
Search Tags
antibiotics
infection
pain
diet
rabbit
behaviour
vaccination
operation
pain killers
puppy
cost of vets
worms
overweight
food
dog
cat
Most Popular
How Do You Know If A Cat Is In Pain?
May 2, 2012
When does a cat vomiting need veterinary attention?
October 23, 2018
Ask a vet online - 'my dog only has one testicle down - what is the best age to have him neutered?'
November 26, 2013
Newsletter
Log In
Register
Or
Connect with: